Running of the Spiders

Here’s my offering from October 2012. It’s a mix of Alfred Hitchcock and Mel Brooks. It won’t make you spew coffee through your nose, but you might look over your shoulder.

Since that time, I’ve also written a longer story entitled “Running of the Chickens” which will be included in my next book. It includes a scene that features the running of the boneless chickens, a real terror if there ever was one. It makes chicken bumps rise on my skin just to think about it.

If you’re new to Friday Flash Fiction, the politician who is running for the county line is Charlotte Webinski Wisoff-Fields. If you’d like to participate in this exercise in madness, head over to her blog for step-by-step instructions. To view the FFF Hollywood Squares Authors Block click here.

Lucinda had always been afraid of spiders. Therapists suggested a variety of treatments including hypnosis. Nothing worked. The only way to overcome arachnophobia was to face her fear.

The streets of Pamplona were empty the day before its lesser-known festival. Lucinda thought it wise to familiarize herself with the course prior to the event.

The white stucco walls bore evidence of past participants attempting to escape the terror. Broken fingernails and dried blood stains littered her path.

Something moved behind her. A cold shiver raced down her spine. A lone gossamer strand trembled in the breeze. 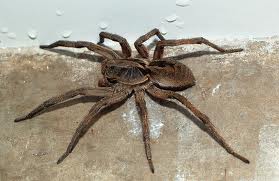 44 Comments on “Running of the Spiders”